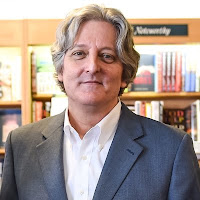 I write a series of traditional/noirish mysteries set in the early 1960s, starring “girl reporter,” Ellie Stone. I like to think of Ellie as a sparkling, tenacious, sharp-witted protagonist. The last thing I want is for her to grow stale and prompt readers to start looking for an exit. Instead, I’d like to to see Ellie carry on through the sixties, seventies, eighties, up to the present day. Why not? I’ve got six or seven good “Stone” titles left. (Turn to Stone, Blood from a Stone, Two Birds with One Stone, Sink Like a Stone, Etched in Stone, Made of Stone, Cold as Any Stone. Maybe even Stone Cold Sober…) When those run out, perhaps I’ll have to settle for less-compelling titles. “Like a Rolling Stone” has strong connotations with Dylan, but maybe that could work in my sixties setting. Finally, I want to limit the titles to common expressions containing the word “stone,” not simple word phrases such as “Stone Face” or “Stone Wall.”

Close parentheses and back to keeping things fresh. Readers enjoy familiarity, of course, but nobody wants to read the same book over and over. So to ensure (or at least attempt to ensure) that my books don’t become predictable, I try to change things up. Here’s where I’m concentrating my energies.

1.     Location
I’m determined to avoid Cabot Cove Syndrome (i.e. staging too many murders in a small town), as it’s known in the crime-writing community. In my case that’s the fictional city of New Holland, NY, where Ellie Stone lives and works. In 1962, the time of my series, New Holland counts about 30,000 souls. To date, I’ve murdered two people there, one in NO STONE UNTURNED and another in STONE COLD DEAD. To complicate matters, the two homicides took place within five weeks of each other. And while I can explain away two murders as a coincidence, any more would strain credulity.

So let’s take stock of my body count. In my first book, STYX & STONE, Ellie investigates two deaths in New York City. No problem there. New York is a big pond with plenty of room for murder and mayhem. The second and third books, cited above, are set in New Holland. Fourth, HEART OF STONE, takes place on an Adirondack Mountain lake in August. Not too far from New Holland, but far enough. In book five, CAST THE FIRST STONE, Ellie travels to Los Angeles, where she finds a dead movie producer at the bottom of a Hollywood Hills ravine. And now, book six, A STONE’S THROW, is set in Saratoga Springs, NY, near New Holland, but like the mountain lake, it’s far enough away to dispel comparisons to Jessica Fletcher.

And while we’re at it, let’s consider who the victims are. In my books, I want to steer clear of killing off only beautiful young women. So I feel a sense of pride that my male victims outnumber females eight to five through the first six Ellie Stone mysteries.

2.     Plot/structure
By this I mean not only the story, but how it is presented, both narratively and structurally. All my Ellie Stone mysteries are told in the first person past tense. The first person narration allows me to tell the story from up close, all the while showing Ellie’s mindset and development in a sneaky way. Every word she chooses as narrator—even the jabs she throws at the condescending men she encounters—gives us more information about her as a character.

But I also like to try something new in the structure of the each story. Not to the point of telling the story backward or using multiple narrators, perhaps, but I do strive for some kind of novelty each time. That may be the location, the characters, or the general setting I write about. For example, through six books, I’ve sent Ellie headlong into the worlds of academia, teenage angst, Cold War politics, wife-swapping, closeted gay Hollywood, and Thoroughbred horse racing. Even the murders, clues, and procedures should vary in each book. With that in mind, I’ve dropped the body in the first paragraph, at end of the first chapter, and even three-quarters of the way into the book. Someday I might write a locked-door mystery, a cat-and-mouse game between Ellie and the murderer from page one, or a straight procedural investigation. No two cases should be the same, so I enjoy playing with different set-ups for her to deal with. I joke that one day I’ll write a mystery novel where no crime at all is committed. Of course the reader won’t realize that until the last page.

3.     Theme
My books are set in the 1960s, an era rife with myriad social and political changes that swept the world. Those upheavals provide me with an embarrassment of riches, theme-wise. To date, Ellie has found herself wading into issues such as child abuse, oppression of gays, anti-Semitism, sexual liberation and libertinism, and juvenile delinquency.The Civil Rights Movement, Women’s Lib, the Summer of Love, and the Vietnam War all await Ellie in future installments.

4.     Time
Some mystery series are written “out of time,” meaning we never know the exact month or year they are set. The action takes place in an unspecified period—perhaps the present or the recent past. This provides several advantages, including not worrying about keeping the calendar straight, having to deal with current events, or aging of your characters. The Ellie Stone series, on the other hand, moves through time. The first book, STYX & STONE, opens in January 1960. With the sixth installment, A STONE’S THROW, I’ve reached August 1962. TURN TO STONE is up next and takes place in Florence, Italy, in August 1963. So I have to keep days and dates straight, as well as make sure Ellie grows older and develops. On the plus side, however, I can use real world events and cultural themes to illuminate and flesh out my stories (see point 3 above). This way I hope Ellie will continue to entertain readers, maybe even surprise them as she sometimes surprises me.

I’ve often said that writing a novel is an exercise in putting off the ending for as long as possible, all the while keeping your readers entertained. The same is true for the story and character arcs of a series. Which is why I am constantly looking for different ways to distinguish one Ellie Stone mystery from the others. Look for A STONE’S THROW June 5, 2018, and TURN TO STONE in June 2019, both from Seventh Street Books.