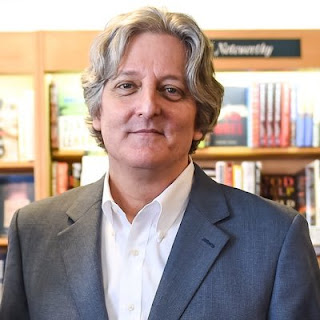 In 2017 I did an interview with Jim Ziskin for this blog.  It was the year of his fourth Ellie Stone mystery, Heart of Stone, which won an Anthony, a McCavity, and was a finalist for an Edgar and a Lefty.   Today the seventh Ellie Stone, Turn to Stone, is released, and I wanted to post something more than my review about Jim and his amazing writing.  So, I was reading over this 2017 interview and came across the question and answer about the 1960s setting of these books.  Jim does such a remarkable job of integrating elements, historical and pop, into the stories, and I had asked him about this seamless inclusion and the research he did for it.  Being born in 1954 and growing up in the 60s, I find the setting especially fascinating.  Following is my question and his answer.  Do you as readers have any favorite or memorable 60s moments that Jim has included in this series, or do you have some famous 60s moments you'd like to see in future Ellie Stone stories? 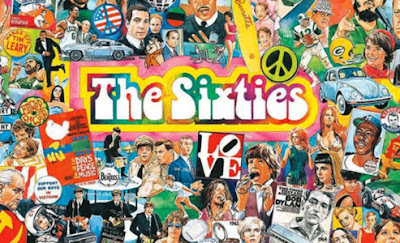 Reading Room:  The 1960s setting of the Ellie Stone books is so seamlessly entwined in the stories, never appearing forced or gratuitous.  I was amazed at the inclusion of so many 60s connections, both large and small, such as the building of the Berlin Wall; the John Bircher; types of clothing, like blue seersucker dress.  How do you go about deciding what to include and achieving this natural flow of authenticity?  What forms of research help you become ensconced in this time period?

JWZ: Everything in good measure. I think the key to setting the scene properly is to do huge amounts of research, then use only a tiny fraction in the actual story. The effort that goes into research should be felt by the author, never by the reader. As a writer, I have to know which details to use in the book. It's tempting to add every historical nugget you unearth, but the danger is that you'll create a book that stinks of research.

When I'm preparing a new Ellie Stone novel, I study old newspapers, television shows, movies, and popular music. I also find great details in period advertising. Some of the clothing I describe comes from the 1959 Sears Catalog or print ads from women's magazines. But the best way to create that nostalgic impression is to sprinkle the story lightly with normal, everyday objects that communicate the time period succinctly and believably. For example, in STONE COLD DEAD, there's a scene where Ellie is forced to wait to make phone call until the woman hogging the party line hangs up. Maybe I'll put a skate key in some future book. And who remembers pipe cleaners, Vitalis, telegrams, horizontal hold, and shortwave radios? Today, most people don't even know what those things are, but they were in wide use in 1960 when the Ellie Stone books take place. Recreating people's attitudes and mores is a little trickier, of course. But it comes from copious preparation and judicious use of what you find.