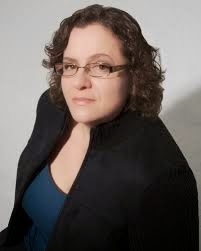 As promised in my last post, I am following up the series focus on Jen J. Danna's Abbott and Lowell series with an interview in which Jen gives readers some fascinating background about the series' inception and progression, as well as a glimpse into a news series she and Ann are working on.  Reading this interview will convince readers of what I've long suspected, that Jen Danna is a Superwoman!

Jen:  Ann was pretty flexible about where we set the series. We were looking for a place that wasn’t overdone and limiting like New York City and where the State cops had jurisdiction that included homicide cases. I’ve loved New England since I was a teenager, and have visited Boston and Salem on multiple occasions, so I suggested Massachusetts.

Me:  At the beginning of each chapter, you give a definition/explanation for a term relating to the field of expertise with which the book is dealing.  I quite like it, as it gives focus to the chapter for me and explains unfamiliar jargon.  Did you plan on doing this feature from the beginning, or did you find it necessary with all of the jargon being thrown around?

Jen:  We planned on it from the beginning. Ann is the theme/chapter title wizard, and spends quite a lot of time finding just the right title and definition to go with the theme for each chapter. More often than not, she also finds our novel titles, which tend to be complex and meaningful to the storyline.

Me:  How do you and Ann divide up the research and writing of these remarkably detailed stories?  How did the two of you meet?

Jen:   We split the research at the beginning although I often tend to do a lot of it on the fly as I’m writing. But she’s always willing to jump in if I send out a research request. She’ll do the legwork and get the answer back to me so I don’t have to stop writing. As far as the writing goes, I do 100% of the drafting, but she has a much heavier hand when it comes to the editing.
We met years ago on the internet. It’s kind of a funny story as I’m a gun control loving Canadian and Ann’s from Texas, where they love their guns. I was posting some writing for fun on-line and I made an idiotic mistake with a gun. She corrected me and that started our discussion about writing.

Me:   As with most authors, especially newer ones, there is the business side of writing your novels that includes book tours, conventions, signings.  Do you enjoy this side of being an author, too?  What are some of your favorite events?

Jen:  Author events are definitely the joy of the business (heavens knows it’s not trying to yank the first draft out of my head!). It’s a thrill to meet readers that love what you do and discuss the characters that have lived inside your head for so long. Bouchercon stands as one of my favorite events because you not only get to meet authors within the genre, but because it’s a fan conference and so many hard-core readers come out. I met many amazing readers (including you!) there.

Me:  How did you become interested in forensic anthropology?  Is it related in any way to your work as a research scientist?

Jen:   It’s completely unrelated, which is why I find it so interesting. I love my job in infectious diseases, but if I wrote about that, it would be like I never left the lab and I’m sure my interest would wane. Writing about forensic anthropology and forensics lets me stretch my scientific brain into a new and fascinating field. I’ve always loved forensics in storytelling, right from the time the original CSI started, but errors and shortcuts in the science of these stories eventually drove me crazy to the extent that I finally had to try my own hand at it.

Me:  When do you find time to research and to write, with having a full-time job?

Jen:  I pretty much work all the time. Before work, during my lunch break, after work, after dinner. People who say they don’t have time to write simply aren’t making it a priority and aren’t making the time for it. I have a husband and two daughters and a full time job to support the family, but I make the time to write around all that. Although, I admit, sleep is pretty far down the list as far as priorities go. There are only so many hours in the day!

Me: I know your daughters traveled with you to Salem, MA on research there.  Did they get involved with the research?

Jen:  They traveled with me to both Salem and Springfield when I was doing research for A FLAME IN THE WIND OF DEATH and LAMENT THE COMMON BONES, respectively. My eldest, a photographer, was a huge help taking all the photos I needed. My youngest, who is a science geek like me, was fascinated with the tour of the forensic anthropology lab at Boston University and the Massachusetts State Police crime lab in Springfield. And together we climbed all 1100 feet of Mount Norwottuck so I could convincingly write the climactic scene of LAMENT THE COMMON BONES. They are awesome travel companions and great sports. If I’m lucky enough to get to Washington D.C. sometime this summer for research for our FBI K-9 mystery, LONE WOLF, they’re definitely coming with me.

Me:  And, speaking of your research, I found the Prohibition era and the existence of speakeasies fascinating in Two Parts Bloody Murder.  What specific research did you do for this book?

Jen:   I did a lot of reading on the time period, both general history and history specific to Prohibition. And while the Boston and New England mobs were not as well-known as Capone’s Chicago mob, I did quite a lot of research around that as well. I’m lucky to work at a university so I have access to a number of excellent libraries. That’s where a lot of my information came from.

Me:  As a member of your “street team” that has the privilege of  reading your novels before they are published for the public, in what ways are you finding this component of your publicity helpful?

Jen:  Absolutely. Street team members are essential for helping get positive buzz going for a book ahead of time, either through leaving reviews on Amazon and Goodreads, using their own social media channels, or by talking to libraries and indie bookstores in their areas. In this day and age where word of mouth is the most important component of book publicity, dedicated readers who love what you do and are willing to talk you up are essential to an author’s success. There are a lot of us out there, so street teams are a huge boon in increasing discoverability.

Me:  You seem to be quite productive in your writing with the fourth Abbott and Lowell Forensic Mystery having just come out the end of February.  How much ahead are you in your conception of subsequent novels ?  One novel, two, three more?

Jen:   The next novel in the series, book five, LAMENT THE COMMON BONES, is now complete and submitted to Five Star Publishing. We’re looking at a 2016 release date there. We have books six and seven roughly planned out already, and some strong potential ideas for book eight. And even that is not the end of the series. At this point it’s open ended, as long as we can continue to concoct interesting cases and have places to advance our characters personally.

Me:   With your exciting announcement recently of another series with Ann, where does the Abbott and Lowell series figure into your focus?

Jen:   It’s still an important part of our writing career. Yes, we know have commitments to a second series and have to stick to those yearly deadlines for the completion of those novels, but we’ll be writing the next Abbott and Lowell during this time period as well. There may be a bit of a gap between books five and six, as we will need to write the first two K-9 books before we can take the time to write our next Abbott and Lowell, but I’m hoping the gap won’t be too long. I’m very conscious of losing momentum in the series so I’m going to do my best to juggle both series at the same time.

Me:   Can you tell us a bit more about your new series?

Jen:  The FBI K-9 Mysteries star Meg Jennings and her black lab. They are search and rescue experts, looking for the lost and injured, but unfortunately are sometimes called in to use their skills to find the dead. In LONE WOLF, they are dispatched when a bomber starts targeting public buildings along the eastern seaboard, starting in Washington D.C., and search and rescue is required to find both the survivors and the dead. As the death toll mounts, Meg and the team join the task force involved in tracking the killer, and will have to move fast if they hope to stop him before more innocent lives are lost.

Me:   Is there anything not in your bio that you’d like to share?  A little something about a passion outside of writing and your “day” job?

Jen:  I come from a very musical family. In fact, both my brothers are professional musicians who write scores for both film and TV. I used to play piano (still dabble when I have time… which is rarely) and oboe, but I still keep my hand in musically by singing in a choir.

Me:   Do you get any time for pleasure reading?  What is the current book you’re reading, or the last one you read?

Jen:   I’m between books right now, but I do ‘read’ as long as you consider audiobooks to be reading (and I do). I rarely have time to sit down and read a book (unless I’m proofing one of my own), but I love to listen to audiobooks while I’m driving to work, doing dishes, or cooking dinner. I just recently finished Robert Crais’ SUSPECT, the story of an L.A. police officer, who suffers from PTSD following a shootout that resulted in the death of his partner. He is paired with a K-9 German Shepherd who also suffers from PTSD following an IED attack in Afghanistan. I enjoyed the book and it also helped get me into the K-9 headspace as I’m switching from one series to the other.
Thanks so much for hosting me on the blog today!


Thanks to Jen for a great interview with such complete and interesting answers!