Halloween Reads: Get Your Scare On

Halloween is the perfect time to get your scare on.  Below are some suggested scary, creepy reading suggestions for Halloween in the short story form.  I especially enjoy short stories at this time of year, as you can get scared by so many different authors.  The listed collections are heavy on the classic tales, but there is some contemporary or more contemporary thrown in, too.  So, now that Halloween is right on our doorstep, read some of these delicious stories to set the mood of the season.  You might want to keep a light on after.

In the Shadow of Edgar Allan Poe, Edited by Leslie S. Klinger
(Jacket Description)
Edgar Allan Poe did not invent the tale of terror. There were American, English, and Continental writers who preceded Poe and influenced his work. Similarly, there were many who were in turn influenced by Poe’s genius and produced their own popular tales of supernatural literature. This collection features masterful tales of terror by authors who, by and large, are little-remembered for their writing in this genre. Even Bram Stoker, whose Dracula may be said to be the most popular horror novel of all time, is not known as a writer of short fiction.
Distinguished editor Leslie S. Klinger is a world-renowned authority on those twin icons of the Victorian age, Sherlock Holmes, and Dracula. His studies into the forefathers of those giants led him to a broader fascination with writers of supernatural literature of the nineteenth century. The stories in this collection have been selected by him for their impact. Each is preceded by a brief biography of the author and an overview of his or her literary career and is annotated to explain obscure references.
Read on, now, perhaps with a flickering candle or flashlight at hand . . .

The Ghost Stories of Edith Wharton
(Jacket Description)
One might not expect a woman of Edith Wharton's literary stature to be a believer of ghost stories, much less be frightened by them, but as she admits in her postscript to this spine-tingling collection, "...till I was twenty-seven or -eight, I could not sleep in the room with a book containing a ghost story." Once her fear was overcome, however, she took to writing tales of the supernatural for publication in the magazines of the day. These eleven finely wrought pieces showcase her mastery of the traditional New England ghost story and her fascination with spirits, hauntings, and other supernatural phenomena. Called "flawlessly eerie" by Ms. magazine, this collection includes "Pomegranate Seed," "The Eyes," "All Souls'," "The Looking Glass," and "The Triumph of Night."

Roald Dahl's Book of Ghost Stories
(Jacket Description)
Who better to investigate the literary spirit world than that supreme connoisseur of the unexpected, Roald Dahl? Of the many permutations of the macabre or bizarre, Dahl was always especially fascinated by the classic ghost story. As he realtes in the erudite introduction to this volume, he read some 749 supernatural tales at the British Museum Library before selecting the 14 that comprise this anthology. "Spookiness is, after all, the real purpose of the ghost story," Dahl writes. "It should give you the creeps and disturb your thoughts." For this superbly disquieting collection, Dahl offers favorite tales by such masterful storytellers as E. F. Benson, J. Sheridan Le Fanu, Rosemary Timperley, and Edith Wharton.

Terrifying Tales of Edgar Allan Poe
(Jacket Description)
The melancholy, brilliance, passionate lyricism, and torment of Edgar Allan Poe are all well represented in this collection. Here, in one volume, are his masterpieces of mystery, terror, humor, and adventure, including stories such as The Tell-Tale Heart, The Cask of Amontillado, The Black Cat, The Masque of the Red Death, The Murders in the Rue Morgue, and The Pit and the Pendulum, to name just a few, that defined American romanticism and secured Poe as one of the most enduring literary voices of the nineteenth century. 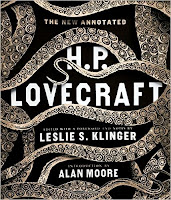 The New Annotated H.P. Lovecraft, edited by Leslie S. Klinger
(Jacket Description)
"With an increasing distance from the twentieth century…the New England poet, author, essayist, and stunningly profuse epistolary Howard Phillips Lovecraft is beginning to emerge as one of that tumultuous period’s most critically fascinating and yet enigmatic figures," writes Alan Moore in his introduction to The New Annotated H. P. Lovecraft.  Despite this nearly unprecedented posthumous trajectory, at the time of his death at the age of forty-six, Lovecraft's work had appeared only in dime-store magazines, ignored by the public and maligned by critics. Now well over a century after his birth, Lovecraft is increasingly being recognized as the foundation for American horror and science fiction, the source of "incalculable influence on succeeding generations of writers of horror fiction" (Joyce Carol Oates).
In this volume, Leslie S. Klinger reanimates Lovecraft with clarity and historical insight, charting the rise of the erstwhile pulp writer, whose rediscovery and reclamation into the literary canon can be compared only to that of Poe or Melville. Weaving together a broad base of existing scholarship with his own original insights, Klinger appends Lovecraft's uncanny oeuvre and Kafkaesque life story in a way that provides context and unlocks many of the secrets of his often cryptic body of work.
Over the course of his career, Lovecraft―"the Copernicus of the horror story" (Fritz Leiber)―made a marked departure from the gothic style of his predecessors that focused mostly on ghosts, ghouls, and witches, instead crafting a vast mythos in which humanity is but a blissfully unaware speck in a cosmos shared by vast and ancient alien beings. One of the progenitors of "weird fiction," Lovecraft wrote stories suggesting that we share not just our reality but our planet, and even a common ancestry, with unspeakable, godlike creatures just one accidental revelation away from emerging from their epoch of hibernation and extinguishing both our individual sanity and entire civilization.
Following his best-selling The New Annotated Sherlock Holmes, Leslie S. Klinger collects here twenty-two of Lovecraft's best, most chilling "Arkham" tales, including "The Call of Cthulhu," At the Mountains of Madness, "The Whisperer in Darkness," "The Shadow Over Innsmouth," "The Colour Out of Space," and others. With nearly 300 illustrations, including full-color reproductions of the original artwork and covers from Weird Tales and Astounding Stories, and more than 1,000 annotations, this volume illuminates every dimension of H. P. Lovecraft and stirs the Great Old Ones in their millennia of sleep.
280 color illustrations

The October Country by Ray Bradbury
(Jacket Description)
Haunting, harrowing, and downright horrifying, this classic collection from the modern master of the fantastic features:
THE SMALL ASSASSIN: a fine, healthy baby boy was the new mother's dream come true -- or her nightmare . . .
THE EMISSARY: the faithful dog was the sick boy's only connectioin with the world outside -- and beyond . . .
THE WONDERFUL DEATH OF DUDLEY STONE: a most remarkable case of murder -- the deceased was delighted!
And more!

Ghostly: A Collection of Ghost Stories, Introduced and Illustrated by Audrey Niffenegger
(Jacket Description)
Collected and introduced by the bestselling author of The Time Traveler’s Wife and Her Fearful Symmetry—including her own fabulous new illustrations for each piece, and a new story by Niffenegger—this is a unique and haunting anthology of some of the best ghost stories of all time.

From Edgar Allen Poe to Kelly Link, M.R. James to Neil Gaiman, H. H. Munro to Audrey Niffenegger herself, Ghostly reveals the evolution of the ghost story genre with tales going back to the eighteenth century and into the modern era, ranging across styles from Gothic Horror to Victorian, with a particular bent toward stories about haunting—haunted children, animals, houses. Every story is introduced by Audrey Niffenegger, an acclaimed master of the craft, with some words on its background and why she chose to include it. Niffenegger’s own story is, “A Secret Life With Cats.”

Perfect for the classic and contemporary ghost story aficionado, this is a delightful volume, beautifully illustrated. Ghostly showcases the best of the best in the field, including Edith Wharton, P.G. Wodehouse, A.S. Byatt, Ray Bradbury, and so many more. 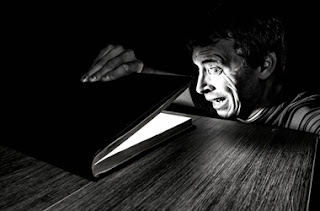 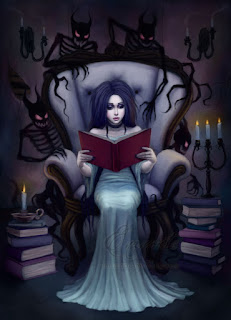