March 2018 is keeping up with the first two months of this year in its offering of enticing new book releases.  I'm still trying to catch up with February's reading, and it's a formidable challenge.  But, if a plethora of new releases is a problem, it's a problem I'm happy to have.  Below are the covers and descriptions of the some of the books to which I'm most looking forward this month. 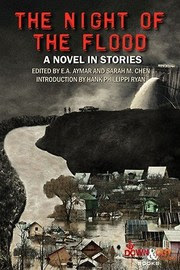 Jacket Description:  It happened the night Maggie Wilbourne was to be put to death, the first woman executed by the state of Pennsylvania in modern times. That was when a group of women passionately protesting Maggie’s imprisonment struck. They blew up a local dam, flooding the town of Everton and indirectly inspiring a hellish night of crime and chaos.

Fourteen of today’s most exciting contemporary crime writers will take you to the fictional town of Everton, with stories from criminals, cops, and civilians that explore the thin line between the rich and the poor, the insider and the outsider, the innocent and the guilty. Whether it’s a store owner grimly protecting his property from looters, an opportunistic servant who sees her time to strike, or two misguided youths taking their anger out against any available victim, The Night of the Flood is an intricate and intimate examination of the moment when chaos is released—in both society and the human spirit. 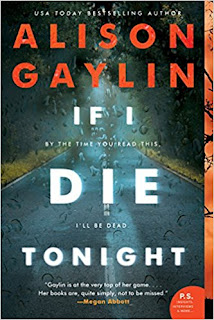 Jacket Description:  Reminiscent of the bestsellers of Laura Lippman and Harlan Coben—with a dose of Big Little Lies or Stranger Things—an absorbing, addictive tale of psychological suspense from the author of the highly acclaimed and Edgar Award-nominated What Remains of Me and the USA Today bestselling and Shamus Award-winning Brenna Spector series, in which a seemingly open-and-shut police case with a clear-cut hero and villain turns out to be anything but simple.


Late one night in the quiet Hudson Valley town of Havenkill, a distraught woman stumbles into the police station—and lives are changed forever.

Aimee En, once a darling of the ’80s pop music scene, claims that a teenage boy stole her car, then ran over another young man who'd rushed to help.

As Liam Miller’s life hangs in the balance, the events of that fateful night begin to come into focus. But is everything as it seems?

The case quickly consumes social media, transforming Liam, a local high school football star, into a folk hero, and the suspect, a high school outcast named Wade Reed, into a depraved would-be killer. But is Wade really guilty? And if he isn't, why won't he talk?
Told from a kaleidoscope of viewpoints—Wade's mother Jackie, his younger brother Connor, Aimee En and Pearl Maze, a young police officer with a tragic past, If I Die Tonight is a story of family ties and dark secrets—and the lengths we'll go to protect ourselves. 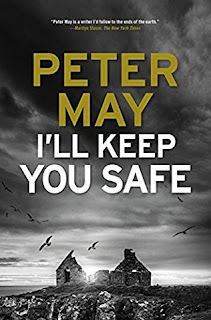 Friends since childhood, and lovers and business partners as adults, Niamh and Ruairidh are owners of a small Hebridean company, Ranish Tweed, that weaves its own very special version of Harris Tweed. Although it's a small company, their fabrics have become internationally sought-after as a niche brand in the world of fashion and haute couture.

But the threads of their relationship are beginning to fray. As they prepare for an important showing at the Première Vision fabric fair, held in Paris every year, Niamh accuses Ruairidh of having an affair with Irina, a Russian fashion designer they work with--a fight that ends with Ruairidh storming off and getting into Irina's car. Moments later, Niamh watches in horror as the car containing her life partner explodes in a ball of flame.

With Niamh a prime suspect in the murder, the Parisian police hound her even after she returns to Harris to bury the pitiful remains of her lover and business partner. Amid the grief and struggles that follow, she begins to suspect that things are not what they seem; and when there is an attempt on her life, she becomes convinced that what looked like a terrorist attack on her lover might be something more personal by far . . . 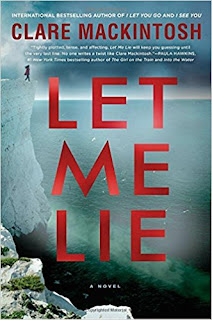 Jacket Description:
The police say it was suicide.
Anna says it was murder.
They're both wrong.

One year ago, Caroline Johnson chose to end her life brutally: a shocking suicide planned to match that of her husband just months before. Their daughter, Anna, has struggled to come to terms with their loss ever since.

Now with a young baby of her own, Anna misses her mother more than ever and starts to question her parents’ deaths. But by digging up their past, she’ll put her future in danger. Sometimes it’s safer to let things lie…

The stunning, twisty new psychological thriller from number one bestseller Clare Mackintosh, author of I Let You Go and I See You. 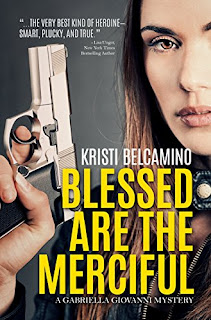 Jacket Description:
What would you sacrifice to save your children?

How far would you go?

Gabriella Giovanni has met her deadliest enemy yet. Ruthless. Powerful. Driven. He will stop at nothing to make Gabriella pay with everything she holds dear. But he has underestimated her. Nothing will stop her from saving the children she loves. 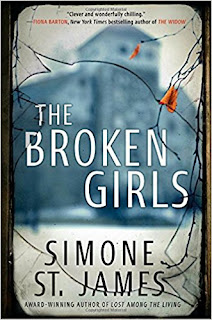 Jacket Description:   Vermont, 1950. There's a place for the girls whom no one wants--the troublemakers, the illegitimate, the too smart for their own good. It's called Idlewild Hall. And in the small town where it's located, there are rumors that the boarding school is haunted. Four roommates bond over their whispered fears, their budding friendship blossoming--until one of them mysteriously disappears. . . .

Vermont, 2014. As much as she's tried, journalist Fiona Sheridan cannot stop revisiting the events surrounding her older sister's death. Twenty years ago, her body was found lying in the overgrown fields near the ruins of Idlewild Hall. And though her sister's boyfriend was tried and convicted of murder, Fiona can't shake the suspicion that something was never right about the case.

When Fiona discovers that Idlewild Hall is being restored by an anonymous benefactor, she decides to write a story about it. But a shocking discovery during the renovations will link the loss of her sister to secrets that were meant to stay hidden in the past--and a voice that won't be silenced. . . . 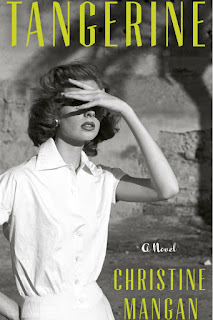 Jacket Description:   The last person Alice Shipley expected to see since arriving in Tangier with her new husband was Lucy Mason. After the accident at Bennington, the two friends—once inseparable roommates—haven’t spoken in over a year. But there Lucy was, trying to make things right and return to their old rhythms. Perhaps Alice should be happy. She has not adjusted to life in Morocco, too afraid to venture out into the bustling medinas and oppressive heat. Lucy—always fearless and independent—helps Alice emerge from her flat and explore the country.

But soon a familiar feeling starts to overtake Alice—she feels controlled and stifled by Lucy at every turn. Then Alice’s husband, John, goes missing, and Alice starts to question everything around her: her relationship with her enigmatic friend, her decision to ever come to Tangier, and her very own state of mind.

Tangerine is a sharp dagger of a book—a debut so tightly wound, so replete with exotic imagery and charm, so full of precise details and extraordinary craftsmanship, it will leave you absolutely breathless. 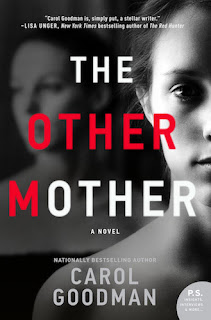 Jacket Description:  When Daphne Marist and her infant daughter, Chloe, pull up the gravel drive to the home of Daphne’s new employer, it feels like they’ve entered a whole new world. Tucked in the Catskills, the stone mansion looks like something out of a fairy tale, its lush landscaping hiding the view of the mental asylum just beyond its border. Daphne secured the live-in position using an assumed name and fake credentials, telling no one that she’s on the run from a controlling husband who has threatened to take her daughter away.

Daphne’s new life is a far cry from the one she had in Westchester where, just months before, she and her husband welcomed little Chloe. From the start, Daphne tries to be a good mother, but she’s plagued by dark moods and intrusive thoughts that convince her she’s capable of harming her own daughter. When Daphne is diagnosed with Post Partum Mood Disorder, her downward spiral feels unstoppable—until she meets Laurel Hobbes.

Laurel, who also has a daughter named Chloe, is everything Daphne isn’t: charismatic, sophisticated, fearless. They immediately form an intense friendship, revealing secrets to one another they thought they’d never share. Soon, they start to look alike, dress alike, and talk alike, their lives mirroring one another in strange and disturbing ways. But Daphne realizes only too late that being friends with Laurel will come at a very shocking price—one that will ultimately lead her to that towering mansion in the Catskills where terrifying, long-hidden truths will finally be revealed.... 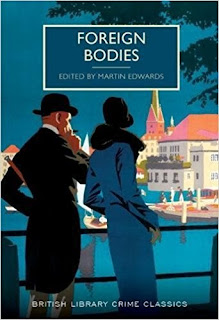 Jacket Description:  Today, translated crime fiction is in vogue - but this was not always the case. A century before Scandi noir, writers across Europe and beyond were publishing detective stories of high quality. Often these did not appear in English and they have been known only by a small number of experts. This is the first ever collection of classic crime in translation from the golden age of the genre in the 20th century. Many of these stories are exceptionally rare, and several have been translated for the first time to appear in this volume. Martin Edwards has selected gems of classic crime from Denmark to Japan and many points in between. Fascinating stories give an insight into the cosmopolitan cultures (and crime-writing traditions) of diverse places including Mexico, France, Russia, Germany and the Netherlands.