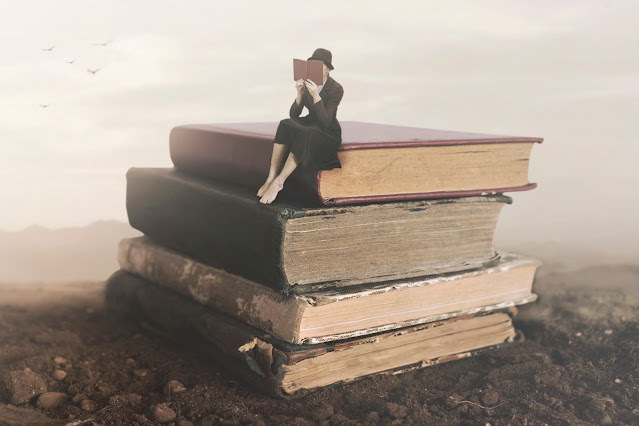 Vintage Mysteries: Where to Start

This article is for those contemporary mystery readers who have heard about the renewed interest in older crime fiction and would like to try a few of these vintage authors but find themselves bewildered by the overwhelming number of options. Or perhaps you’ve read a few books by Agatha Christie and wonder what else there is. The intent here is to provide some background for the subgenre and a few authors of the time whose writing is closer to contemporary styles and therefore are more straightforward to readers unfamiliar with the stylistic conventions of the period. The information and suggestions here barely scrape the surface of the subject and other sources for further reading are offered.

What Is the Golden Age of Mysteries?

The Golden Age of Crime Fiction is defined strictly as that period between the two wars, 1920 to 1939, when mystery writing flourished. The focus of these mysteries is on solving a crime, not the psychology of the characters or the characters themselves – who did it, not why did they do it. The Golden Age convention was for the author to provide enough clues for the reader to work out who committed the crime, usually murder, but still to obfuscate the solution enough so that the reader remains baffled until the book’s resolution (a fair-play mystery). Particularly prized was the locked room mystery, a crime that appeared to have been impossible to commit. In these books the question is not only who did it but how did they do it.

Ronald Knox, one of the founding members of the Detection Club, documented a set of rules for the plots of these mysteries. These rules eliminate many of the elaborate tropes of the early 1900s, such as supernatural intervention is not allowed and only one hidden passage or secret room can be employed. See Wikipedia for more detail: https://en.wikipedia.org/wiki/Golden_Age_of_Detective_Fiction

Understandably, many of the authors who came to prominence during that 20- year span continued to write well beyond 1939, but the style is attributed to that time.

An important difference from contemporary crime series is that Golden Age characters are secondary to the mystery. There is no story arc about the life of the detective that is developed along with the solution of a crime. The characters are sketched when they are introduced and little, if any, further information about them is provided. There are some exceptions here and there, but in general what we learn about the character when he or she is first introduced is reiterated throughout the series with little addition. Think of them as recurring characters.

Because there are no significant story arcs for the characters, each book stands alone. This means it is not necessary to start at the beginning of the series. The books lose little, if anything, by being read out of order. This is good news for the modern reader, as many of these books are hard to find. Waiting until all of the series is acquired before reading about a specific detective may well mean that you never read any of the books.

Where to Find Them

The comparative rarity of these old books is a problem for collectors, who need deep pockets to own vintage first editions. The reader without the acquisition bug is in luck, though, as several publishers are working flat out to reprint many of them. They include the British Library Crime Classics series, Dean Street Press, Coachwhip Publications, Felony & Mayhem, Black Heath Classic Crime, and American Mystery Classics. The late lamented Rue Morgue Press was a pioneer in revitalizing the authors of the Golden Age; anything you can find by them is worth reading. Crippen & Landru Publishers fill an important niche, collecting the short stories of vintage crime fiction authors from the magazines of the time and releasing them in a single volume.

These reprints generally have an introduction that serves as a biography of the author, sets the context of his/her work, and discusses the impact of the author’s writing.

It helps to understand the events of the time in which these books were written. The 1920s was a time of celebrating that the devastating war was over as well as a time of adjusting to the overwhelming changes that it brought. England lost most of a generation of young men, leaving titles and estates to distant cousins and creating a generation of women who had been raised to run a house and a family at loose ends because the men they would have married were all dead. Agatha Christie’s Miss Marple was likely one of these young women. Carola Dunn’s historical mystery series with Daisy Dalrymple is based on this situation. One of the final titles Superfluous Women describes the problem in explicit detail.

With the crash of world markets in 1929, the country was plunged into economic straits. Wage-earners felt the financial upheaval keenly in the loss of their weekly income. Those living off inherited wealth saw its value plummet. By the mid-1930s, the prospect of another war was becoming more evident. With the memory of the last one still so clear, an atmosphere of unease and tension was prevalent. More than ever people sought escape in a good story.

The value of money was radically different then. An inflation calculator is essential to understanding of these books: https://www.bankofengland.co.uk/monetary-policy/inflation/inflation-calculator. Specific amounts of money are mentioned often in stories; to fully understand what the value is, which often means to fully understand the importance of an event or transaction, translate it into present-day dollars or pounds.

A Few Titles to Consider

So, where to start? The Queens of Crime are a good place: Agatha Christie, Margery Allingham, Ngaio Marsh, and Dorothy L. Sayers. (It’s interesting to note that these female authors are still in print while many of their male contemporaries were largely forgotten until the resurgence of reprints.)

·         Albert Campion is Margery Allingham’s detective. He is from an aristocratic family but chooses to practice the art of detection. Death of a Ghost (1934) and Flowers for the Judge (1936) are among his best adventures.

·      Ngaio Marsh set many of her books in the theatre and those are my favorites. Inspector Roderick Alleyn of Scotland Yard is her detective. Enter a Murderer (1935) is her first theatre mystery and Death in a White Tie (1938) gives the reader a front-row seat to the London social season as well to an excellently plotted mystery.

·      Sayer’s detective Lord Peter Wimsey served during World War I and developed what we now call PTSD. His investigative skill shows to advantage in The Unpleasantness at the Bellona Club (1928), which starts on 11 November, Armistice Day, and consequently with many references to the first war. Murder Must Advertise (1933) is an early version of the television series Mad Men wrapped around a mystery.

John Dickson Carr is remembered for his ingenious plots. Many of his stories are locked room mysteries. His series characters were Sir Henry Merrivale and Gideon Fell. The Hollow Man (1935) is often mentioned as his masterpiece.

John Bude wrote about 30 crime novels. The Cornish Coast Murder (1935) is a good representation of his work.

Several of E. C. R. Lorac’s books have been reprinted by the British Library and are readily available. Her writing style is surprisingly contemporary.

For more ideas, see the list of the British Library Crime Classics titles or the catalogs of the publishers noted above.

There are dozens more authors to explore. Some are very much of their time and place and others translate well to more current times. The reader who wants to seriously study the Golden Age of crime writing has any number of resources. Martin Edwards is a recognized authority. His many works on the subject, starting with The Golden Age of Murder (2015), are essential. Consider also Classic American Crime Fiction of the 1920s by Leslie S. Klinger. There are a number of blogs, some quite scholarly, on the subject, and active Facebook discussion groups.

Informative blogs to read include the following:

I have found the Golden Age Detection Wiki enormously helpful. It is rarely updated, but years of work are still available here: http://gadetection.pbworks.com/w/page/7930628/FrontPage