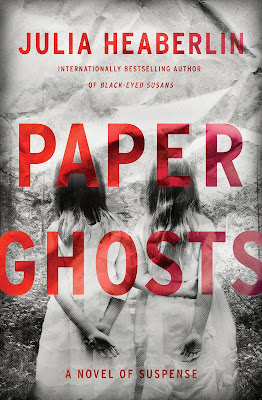 When the protagonist of this novel was twelve, her nineteen-year-old sister vanished on her way to a baby-sitting job. No trace has ever been found of Rachel, and now at 24, Grace is determined to find the answers she’s been digging at for the half of her life lived without her sister. She is wholly committed to proving without a doubt that former famous photographer Carl Louis Feldman killed Rachel and knows where she is buried. Sounds reasonable so far, but proving Carl’s guilt is beyond anything normal or even sane. Grace has decided that the only way she will get at the truth is to take Carl on a road trip. Carl, who was tried and acquitted for another young woman’s murder, also with no body found, is living in a half-way house due to his diagnosis of dementia. Once her years of research led her to Carl, Grace patiently pretended to be his daughter so that she could convince the landlady to allow Carl to go on a ten-day vacation with his supposed daughter. It is hardly a vacation Grace has in mind. Instead, it is a trip to the locations of several cold cases where young women vanished and were presumed dead, cases that coincided with Carl’s locations for photographs he’d taken. Although Carl denies Grace is his daughter, the landlady assumes his dementia is causing the denial, and permission is granted. The road trip to hell begins.

Grace has prepared well for this trip to prove Carl not only her sister’s murderer, but a serial killer. She has taken out the money needed for motels, with two rooms a night, and for Carl’s list of “conditions.” The conditions run from eating at Dairy Queen to a shovel, and the list is added to as the trip continues. Odd demands from an odd and potentially dangerous man. He quickly shows signs of regained physical agility and strength that he claimed as lost in the halfway house. His mind and memory also improve, although dementia is present. Grace’s financial preparations may have been well thought out, but her ability to handle Carl will be tested from day one. He has an uncanny ability to maneuver his presence, or one might describe it as “scare the shit out of one,” Grace and reader alike. But, Grace is sure that visiting the sites of these cold cases and using old photographs of his will shake things loose in Carl’s brain and cause him to incriminate himself. She is willing to risk her life to discover how her sister’s life ended and where her remains lie. The journey takes her to places of terror and tragedy, places that aren’t marked on her organized road map but places she must go to learn the truth.

Texas is a big state, and it’s a long slow burn of a ride and story. Not a tale for the impatient, the reader must commit to a gradual unfolding of the truth and connecting of the dots, but it’s worth the wait. And, if it grabs you like it did me, the wait really isn’t that long, as I read it pretty much in one sitting. It’s a crazy premise for a book, but it’s crazy good. From the outstanding cover to the unexpected ending, Julia Heaberlin has created a story of psychological thrilling, cat and mouse between Grace and Carl and who has the final control. The inclusion of the black and white photos throughout the book enriches the foggy atmosphere of mind and time, and the descriptions of photos by Carl provide insight into his artistry and the places and people he photographed. The author took on a task of precarious proportion in the vehicle used to tell this tale, and she succeeded with flying colors.