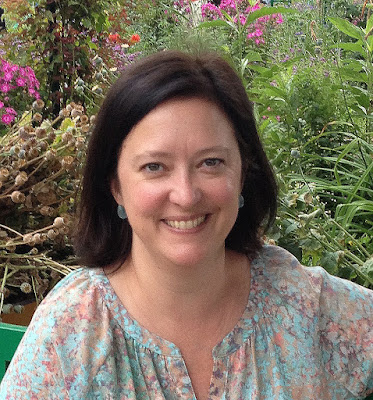 Author Tracee de Hahn is a guest on the Reading Room today.  She is author of the new Agnes Luthi mystery/crime series, an immediate favorite of mine.  The series debuted last year with Swiss Vendetta and quickly set the pace for exciting adventure and malicious murder in the beautiful setting of Switzerland.  A Well-Timed Murder was released in February of this year, and continues the excellence of the first novel.  My reviews of both books can be found at
https://www.goodreads.com/review/show/1913866404?book_show_action=false&from_review_page=1
http://www.readingroom-readmore.com/2018/02/a-well-timed-murder-by-tracee-de-hahn.html

As readers and writers we’ve probably all heard the question: how important is place in the book? Since I started my professional life as an architect, the answer is always: incredibly important. I like to think that the story couldn't happen without that exact place. After all, how many people live in a château set on the edge of a deep lake where an ice storm can cut them off from help? That’s certainly what happened in Agnes Lüthi’s first adventure, Swiss Vendetta.

What about the death of a watchmaker in a valley filled with watchmakers (dare we say jealous watchmakers?). This won’t happen in just any valley in the world. It can only happen in Switzerland (and in A Well-Timed Murder).

Since the Agnes Lüthi series is set in Switzerland, where I’ve been fortunate to spend many years, I think constantly about the importance of place. Now that spring has arrived, and appears to want to stay, I’m thinking about Switzerland in the context of the seasons. A Well-Timed Murder lets Agnes leave behind the desperate cold of a cataclysmic ice storm and enjoy the prospect of warmer weather. Farmers start to think about releasing cows from their winter barns, and eventually driving them up into the high summer pastures. Unfortunately for Agnes, this also means muddy fields where evidence is diluted by rain. At the same time, the smoke from a wood burning stove might also be evidence! Thank goodness there’s still a bit of a chill in the air.

My husband is Swiss and in the years we lived there, and when we return for our annual visit, we try to stay true to seasonal delights. However, there are a few heresies. I can’t visit without going to the Castle of Gruyeres, and since the cheese is produced in the village at the bottom of the fortress we have to indulge in a fondue. Hot melted cheese in July? Why not (just don’t tell any Swiss friends).

Agnes’s world centers on her village of a few hundred families and her work in Lausanne. Her village is typical of the French speaking part of the country, nestled in the hills that rise from Lac Léman (also known as Lake Geneva), and populated with a mix of traditional wood chalets complete with window boxes and red geraniums, more modern stucco structures, and perhaps a few VERY modern poured-in-place concrete buildings. As much as the Swiss cherish their history, they are on the cutting edge of contemporary architecture, using exquisite concrete, wood and, of course, large windows to enjoy the ever-present spectacular views.

Agnes’s work takes her across the country in pursuit of criminals. Lausanne, where I’ve spent most of my time, is an enchanting truly Swiss city set on steep hills facing the French alps and the lake. In A Well-Timed Murder Agnes ventures to Basel and the outward face of Switzerland – that of watchmaking. There’s nothing like the protection of tradition to rile people to murder.

So, when the question is posed: Does place matter? I can only say absolutely, yes! 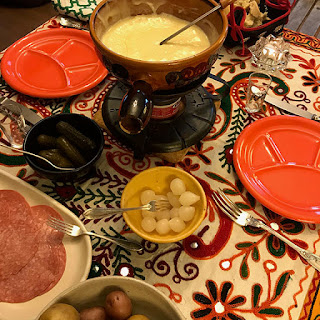 Fondue at the Castle of Gruyeres

Bio Info for Tracee:
Tracee de Hahn was born in Missouri and grew up in Kentucky, later spending several years in Europe. Her time in Switzerland was the inspiration for the Agnes Lüthi mystery series published by St. Martin’s Press / Minotaur Books. The first book, Swiss Vendetta, published in 2017, was followed by A Well-Timed Murder which Publisher’s Weekly calls “an intriguing sequel…. Dynamic setting and fascinating glimpse into the Swiss watchmaking world.” Learn more about Tracee at www.TraceedeHahn.com. She is on social media at FB TraceedeHahnWriter; Twitter LuthiMysteries; Instagram TraceedeHahn; and Pinterest LuthiMysteries. 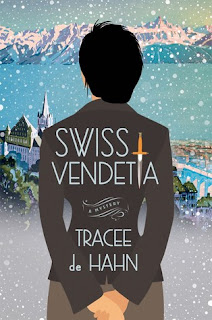 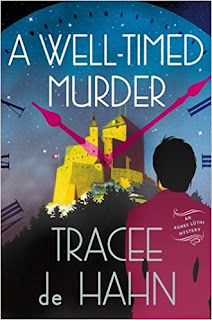