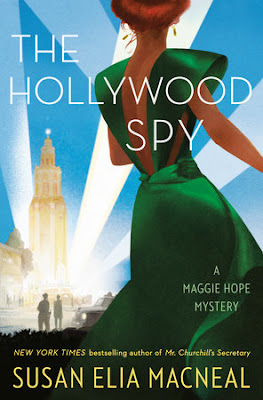 Coming from an educator’s background, I can say, with some assurance, that students learn a great deal from reading fiction. And, if I could implement one tool for learning and retaining history, it would be reading more historical fiction in a school’s curriculum. Stories are how the cultural histories and ancient histories have come to us. They are a proven means to bringing history alive and making it relevant. For so many, including me, historical fiction opens a whole new layer of knowledge about historical events or periods that weren’t in the history textbooks I studied in school. I think readers are beginning to realize more and more that our history textbooks barely scratched or scratch the surface of the whole picture. Even the history that I did learn from schools is enriched tenfold with the back-stories of the people and events told in well-researched fiction. When an historical fiction book comes along that makes you realize that you have been looking at a part of history wearing rose-colored glasses, it shakes you, and it encourages you to continue to learn more.

Susan Elia MacNeal’s The Hollywood Spy was an eye-opener for me about our country during WWII, especially in the warm, sunny place of dreams, Hollywood, California. I knew that California was where the Japanese Americans were hit so hard, with their property being seized and their persons being sent to internment camps (prisons), but I thought that there was a more cohesive, on the same page togetherness of the American people as a whole. That Nazi and pro-Hitler ideology was embraced and acted upon by American citizens in our country during WWII was an unfamiliar fact to me before reading The Hollywood Spy. Maggie Hope becomes cognizant of an America that she is unaware of, too, as she travels from London to Hollywood on a mission of uncovering a murder.

Maggie arrives in Hollywood in July 1943 from war-torn, dreary London with high expectations of a brighter place, and on the surface, it is truly a world of wonder and magic. It’s just been a few months since readers last saw Maggie as she was struggling with major blows from her experiences as an SOE agent. After her self-destructive choice of a bomb diffusing job and risky behavior on her motorcycle, Maggie is ready to embrace a more carefree atmosphere in the golden rays of Hollywood. Of course, with America being full force in the fighting of WWII at this point, there are obvious signs of soldiers shipping out and war preparation, and Maggie has come to this place where the sun graces each day at the request of her former finance, Englishman John Sterling on a serious matter. John has suffered the loss of his current fiancée Gloria Hutton, who was found dead in the swimming pool of the hotel where she resided. John has his suspicions that it wasn’t an accidental drowning but something much more sinister, and he knows that Maggie is the perfect person to discover the truth. But, there are darker elements involved in Gloria’s death than Maggie and John can at first imagine, and Maggie is not so far from her spy days as she thinks.

Maggie quickly learns that the people in the country where she grew up are not a united people like she thought, like the newsreels show. America’s involvement in the fighting of WWII after the Pearl Harbor attack has certainly had the effect of coming together to win the war, but the divisions between races and religions and politics seem to have widened. In the Los Angeles metropolitan area, hate groups have converged into a common cause under the Ku Klux Klan to deny black citizens, including soldiers, and Jewish citizens the rights that white citizens have so long had exclusive hold on. And being 1943, America has the unyielding laws against same sex relationships, as does Britain, another kind of disenfranchisement going on that connects to the murder Maggie is trying to solve. Maggie is dismayed that segregation is a steadfast practice in this creative culture. The restaurants and clubs are divided among lines of color and sexuality, with only the “white” establishments brooking no flexibility.

While Susan Elia MacNeal presents the dark side to 1943 Los Angeles, she also includes the vibrancy of Hollywood, what makes it a gathering spot for the creative. Maggie is able to relax some and enjoy staying with her friend Sarah Sanderson, who is in Hollywood for a movie part, and even enjoy being with John again. With John working for Walt Disney on propaganda films to keep up morale and teaching flying at Howard Hughes’ airport, and with Sarah dancing for George Balanchine for a movie and getting to know some great musicians, Maggie gets to meet some of the top names in entertainment. It’s a treat for readers, too, to read about these entertainers in a setting in which they actually lived and worked. Susan Elia MacNeal always does impeccable research, so the portrayal of such notables as Walt Disney, Cab Calloway, and lesser-known Madame Alla Nazimova are soundly authentic. The Hollywood landmarks, such as the Chateau Marmont Hotel on Sunset Boulevard, the Carthay Circle Theater, Schwab’s Pharmacy, Cocoanut Grove, the Dunbar Hotel, and Club Alabam are thrilling parts of the 40s Hollywood scene and image. MacNeal makes it easy to imagine being in the Chateau Marmont looking out your hotel window, as Maggie did, onto Sunset Boulevard, or listening to Cab Calloway singing “Minnie the Moocher” as the jazz-loving crowd joins in at Club Alabam.

Susan Elia MacNeal is sure to win awards with The Hollywood Spy, the tenth book in the Maggie Hope series. The novel may be the best in this series, although I’ve loved every one of the previous nine books. I see no problem reading it as a stand-alone, too. It’s such a powerful book that you might not want to wait to read it if you’re still catching up in the series. Of course, I highly recommend readers do read the entire series. MacNeal has an uncanny ability to bring characters and setting to the feeling of personal experience for the reader. The very first book in the series, Mr. Churchill’s Secretary, gave me a feeling of wartime London for the individual in a sensory connection I had never felt before.

There is so much packed into this one book, both historically and character-wise for Maggie. It’s a brilliant author who can combine a complicated and unsavory history of WWII Hollywood with the amazing talent in the entertainment industry with the landmark physical quirks of LA/Hollywood and tie it all to a murder mystery that encompasses the danger of a clandestine enemy. There is an understanding of herself that Maggie comes to, of her place and her value that is a wonderful development to see, and a new confidence she gains. At 332 pages, The Hollywood Spy is just the right length, avoiding superfluous description but giving the reader all he/she/they deserve. I am usually a slow reader, but I flew through this book, as it flowed so perfectly from scene to scene that I found I had to keep going. The Hollywood Spy is a book that I am excited to recommend and promote.

For this review to be a complete one, I have to mention the material contained within the covers of this book other than the story, before the story and after. The resource section at the back of the book is incredible. It not only shows the lengths to which MacNeal went to do research for this story, but it also provides readers with sources to continue their reading, something I especially want to do after reading this book. Then, there are the two quotes before the story begins, one by Hitler and one by Albert Camus. The one by Hitler talks about undermining the morale of the American people, and the one by Camus tells us that the plague lies dormant but will rise again. The application to our current crisis of hate having become bold again is an easy one to make and a disheartening reality. If history were taught with a whole-picture view, maybe we would not have to keep relearning lessons and keep fighting the same battles.