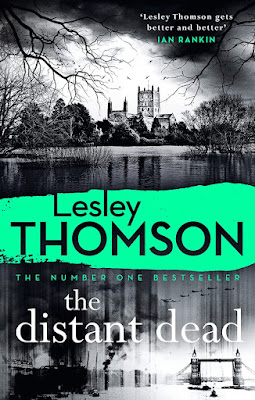 In the eighth installment of the series, the Detective’s Daughter Stella Darnell has reached a crisis point in her life. She is feeling the loss of her detective father full force. Although it’s been seven years since Terry Darnell succumbed to a heart attack, Stella, a cleaner by trade and an excellent sleuth by accident, was suddenly struck that her father was truly well and gone. She has left her life in London that includes a successful cleaning business called Clean Slate and the love of her life Jack Harmon (and his young twins) to get some space and perspective in Tewkesbury. Both her business associates and Jack are floundering without her and wondering if she will ever return to them.

Stella is employed by a cleaning service in Tewkesbury, and she’s living in what at first seems an odd arrangement of sharing an apartment with Lucy May, a journalist in her 70s who had had an intimate relationship with Stella’s dad at several points in their lives. Stella had been involved with Lucy a few months back in solving a murder case, and Lucy had received a bad head injury. So, they are both in a recuperative state and trying to return to some sort of normal. Cleaning in the Tewkesbury Abbey is one of Stella’s cleaning assignments, and she has found some much needed peace at the abbey. It’s a different kind of cleaning for Stella, as the old statues and buildings require a gentler touch than her normal scrubbing. It’s rather a new concept to Stella that not everything needs or should have a deep clean. Wear of time has a beauty all its own.

Stella decides to attend something called a Death Café, where people talk about death, thinking it might help her sort through her feelings of grief. She assumes that the small group of people who show up are strangers to one another, as that’s how they act, and they seem not to even like one another much. Stella considers herself a stranger to everyone, except her reputation as a capable sleuth has preceded her more than she realizes. Also, one of the attendees named Roddy March, does have a demonstrable interest in Stella, having come across Stella cleaning in the abbey, what we learn is a deliberate act on his part, and trying to engage her in conversation.

When Roddy shows up at the Death Café that night, Stella isn’t half pleased. He wants to involve Stella in his new podcast about a series of murders that began in 1940. He’s aware of Stella’s detecting success and thinks she will add interest to the program, where he plans to reveal the real killer of a famous pathologist who was murdered in 1963 in his home. The home is named Cloisters, and it happens to sit right next to Stella’s beloved abbey in Tewkesbury. The pathologist is connected to an unsolved murder of a young woman from 1940 in London. And here is where murder once again finds Stella, even as she tries to hide from it in Tewkesbury. After two Death Café meetings, one of the group will be dead, stabbed in the abbey, and it is, of course, Stella who comes upon him and hears the man’s dying words. The policewoman who shows up in charge of the official investigation is none other than the favorite colleague of her father’s, Janet Piper. Janet had worked as a WPC in London with Terry and had loved him, although neither ever acted on their affection for one another. The past is present in abundance in this story.

To solve the current murder, the 1940 and 1963 murders must be revisited and re-examined. Maple Greenhill and her lover were together in an abandoned house as the air-raids sounded and the rain pounded on that miserable night of December 11, 1940, but it was far from the romantic rendezvous that Maple expected. Maple discovered her lover was not the fiancé she thought but her killer instead. No one knew the identity of this man in her life, so he was able to remain anonymous and get away with murder, almost. One man put the pieces together, but his findings were discounted, as corruption and status overpowered justice.

Some things occur just as natural as day follows night, and the investigation Stella and Lucy begin soon draws in the rest of the cleaning/detecting crew from London, including Jack. It is fascinating reading when these characters work together to find answers to a murder. One of the crew in her digging even finds out that she lives in the house in which Maple Greenhill grew up. The connections of the Death Café attendees to the distant dead are also revealed in the author’s always brilliant timing, and the more revealed the more dangerous it becomes for those investigating, especially Stella. More deaths occur as the killer desperately attempts to contain the secrets of a lifetime. The suspense, intensified by so much of the story occurring at night and in the rain, will grip the reader and not let go until the last secret surprises you. The ending to the drama is large and frightful, an ending that begs to be on film.

The book is divided into two parts, with part one alternating between the time periods of 1940 and 2019 and the locations of London during the Blitz and present-day Tewkesbury. Part two focuses on the present-day Tewkesbury and the unraveling of the past into the present-day investigation. Lesley Thomson creates such amazing characters, with the regular ones returning from book to book to the absolute delight of the many fans of this series. Stella and Jack have both captured our hearts, and their separation is cause for alarm in this book. The new characters in each book are deeply developed, too, and are always intriguing in their backgrounds and purpose in the story. In The Distant Dead, there are quite a few characters with which to keep up, but I had no trouble in doing so. Thomson has a deft hand at creating a large cast with memorable attributes. I had no moments when I had to look back at a previous part of the book to sort the character’s name or role. The author maintains a continuity of the different characters’ appearances, not leaving them behind for chapters and chapters.

I need to mention the dialogue in The Distant Dead, as dialogue is something at which Lesley Thomson also excels. Listen carefully to the conversations, as they help move the plot forward. There’s much appreciated wit to be had in Thomson’s dialogue, too. One of my favorite bits of dialogue was the exchange between two members of the Death Café as each attendee was introducing him/herself. It goes as follows:

‘Joy by name. Joy by nature,’ said the woman in the hunting tunic.

‘You hide that well, Lovey,’ Gladys grinned at Joy.

The Distant Dead is an amazing read in one of my favorite series. Lesley Thomson is one of the best writers and best storytellers I read. Thomson’s stories are always complex but never confusing. Her Detective’s Daughter series is one that should be on every mystery/crime reader’s automatic read list and on every writer’s reading list for learning what works.